As the UK's human rights sanctions programme marks its first anniversary, how has the government used its new powers? Who has been sanctioned, where and why?

A year on, how has the UK Global Human Rights Sanctions regime fared?

How Many Designations were Made? 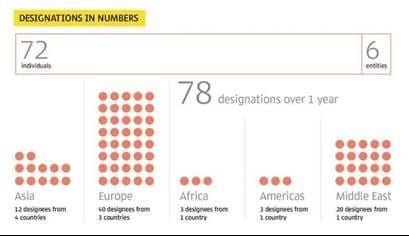 By way of comparison, as of 5 July 2021 the US Global Magnitsky regime

Which Countries and Situations were Represented in the Designations? 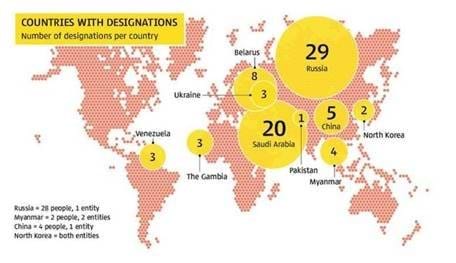 The nine instances were:

Which Roles and Seniority Levels were Designated? 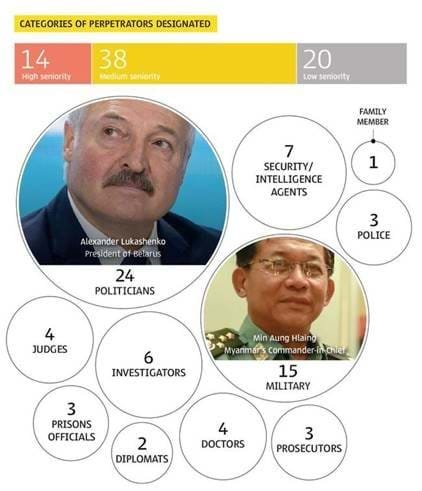 The roles of those designated were wide-ranging.

The most common designees were:

While the FCDO noted in its policy paper on designations

Which Rights were Violated? 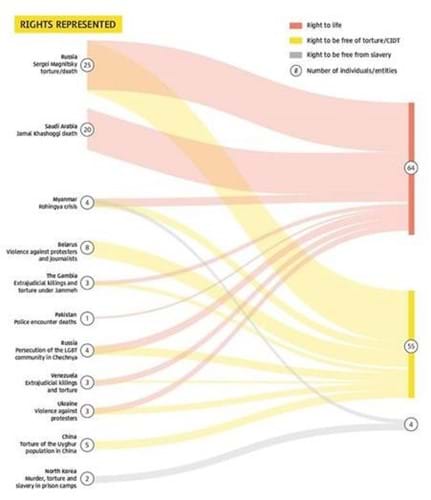 The FCDO can designate under the Global Human Rights Sanctions regime for violations of three rights:

Of the 11 instances of human rights violations represented and the 78 individuals or entities designated,

There are also larger questions about the regime's wider impact.