For the past decade, spending on non-financial risk management has exploded. Much of this was driven by legislative and regulatory changes implemented following the 2008/9 financial crisis and earlier scandals at firms such as Enron. Banks in particular have invested billions into processes and systems for governance, risk and compliance (GRC) and intrusive surveillance and monitoring tools have become de rigeur.

Intent has been to manage risk through restrictive policies, processes, systems, and record-keeping.

And here we get to the root of the challenge with the 3LoD, a challenge that remains unaddressed in the revised three lines model. 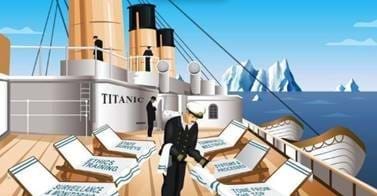 The risk management paradigm that supports these efforts and expenditures is known as the three lines of defence (3LoD) model{https://global.theiia.org/standards-guidance/recommended-guidance/Pages/The-Three-Lines-of-Defense-in-Effective-Risk-Management-and-Control.aspx}, defined in its current form in 2013 by the Institute of Internal Auditors (IIA).

And yet the 3LoD has failed to fully deliver on this promise.

Industry observers have pointed out various problems with the 3LoD model.

In response to these reactions from the marketplace, the IIA launched a working group early last year to review the current state of the 3LoD and to offer recommendations for improvements.

In July, the working group announced a broad update to the 3LoD framework, along with a name change. https://global.theiia.org/about/about-internal-auditing/Public%20Documents/Three-Lines-Model-Updated.pdf

Dropping "defence" from the framework's title, the IIA's new "three lines model" aims to signal that risk management should not be a mere reactive constraint on activity but, rather, that the risk function should serve as a key governance.

And here we get to the root of the challenge with the 3LoD, a challenge that remains unaddressed in the revised three lines model.

If the promise of the 3LoD model is to be realized, new approaches and tools for managing the informal drivers of behaviour must be adopted.

Employees operate within a social context, one that works by informal social norms and peer pressures. Ignoring such insight from the behavioural sciences, both the IIA and its critics have failed to recognize that formal systems and processes putting practice to the 3LoD model are themselves fundamentally reliant upon countless personal interactions along collaborative networks of risk staff.

Each such network will have its own rules for membership:

Firms focus attention and resources on processes, systems and guarding against external threats (e.g., cyber security). They have been far less successful at addressing the people element.

Strategically targeted management interventions, along key behavioral fault lines, are necessary if the three lines framework is to achieve its potential.

Fortunately, advances in behavioral science and data technology have now enabled the creations of tools that make this easier.

With this development, there are three main areas where we see opportunity.

THIS POSTING WAS SOURCED FROM AN article was produced by Thomson Reuters Regulatory Intelligence - bit.ly/TR-RegIntel - and initially posted on Sept. 2.