The 75th anniversary of Jersey's Liberation 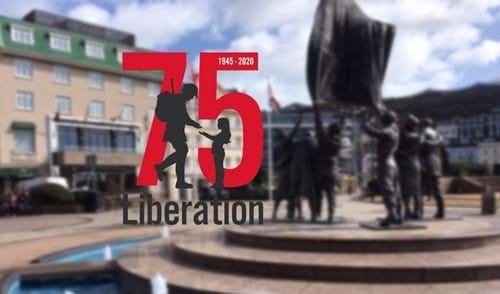 The start of the German Occupation

The five-year German occupation of the Channel Islands during World War Two came as a shock to many. They viewed Jersey as a safe island unlikely to be targeted due to its relatively small size.

The big question for many islanders in the summer of 1940 was whether to stay in Jersey or evacuate to England. After the German occupying forces took St. Malo on 22 June, and France surrendered, Jersey was in range of enemy guns. Britain decided that defending the Channel Islands was impracticable due to the risk of loss of life on the islands. The compulsory evacuation was also ruled out.  As a result, it was up to the people to make their own decisions. About 6,500 people decided to evacuate to the British mainland. This left about 40 thousand people in Jersey when the occupying force arrived on 1 July 1940. The Island was demilitarised, with British troops withdrawn and the Island’s Lieutenant Governor recalled. The Island Militia also stood down, although they volunteered as one to go to England to join the main home forces.

On 28 June 1940, German occupying forces aircraft machine-gunned Jersey and dropped bombs, killing ten people. On 1 July 1940, an ultimatum was issued that white flags be flown and white crosses be painted on the ground. The German soldiers then arrived, with the Bailiff, Alexander Coutanche, who had been made Civil Governor, formally handing over.

At first, about 2,000 German troops were stationed in Jersey. This grew to a much higher average over the five years, with about 15,000 believed to be in the Island at one time.

Life during The Occupation

Although the military occupiers made orders as and when they saw fit, the day-to-day government was in the hands of a devolved States ‘Cabinet’.  This was known as the ‘Superior Council’, headed by the Bailiff and included politicians representing 8 government departments.

Food was a vital concern. Outside sources were cut off except for small quantities from France. Jersey had to become self-sufficient. Farming methods changed drastically, with potato fields given over to corn and disused mills put back to work. Sugar beet was planted, seawater boiled for salt and improvised tea and coffee became the norm. Despite 5 years of often dire shortages, children at the end of the Occupation were in better-than-expected health. This was possible because of reduced sugar consumption and regular rations of full-cream milk.

Fuel was another scarce commodity, both for heating and cooking. Thousands of trees were felled through the years to provide logs. Motor vehicles were seized by German soldiers, with only essential vehicles allowed on the roads such as those belonging to doctors. Most daily commodities were in short supply and, not surprisingly, a black market soon surfaced.

Economically, the period was abysmal. The Occupation caused large numbers of people to become unemployed and the Island authorities put many of them to work on road schemes.  A factory was opened for women to produce makeshift clothes out of the sparse quantities of material available.

The occupying forces flooded the Island with Reichskreditmarks and Pfennigs. The currency had no value elsewhere. Local and English currency soon became scarce, although Islanders still thought in sterling when doing their daily business.

Income tax had to be raised to its highest ever level of four shillings to the pound (which it has stayed at ever since). Over the years, banks had to bail out the Island’s government with about £6 million, accepting bonds to cover debts.

Large numbers of residents who had moved from the UK to live in Jersey had to be supported when their pensions were physically cut off. Under the terms of the Hague Convention, the Island was also responsible for the expenses of the occupying force (including German soldiers’ pay after D-Day).

Education was affected, with both Victoria College and the College for Girls commandeered for German use. Despite a shortage of teachers in Jersey, the school-leaving age was also raised to 15 to keep youngsters off the streets. An order that all children should learn German was complied with, but with little enthusiasm.

Although government responsibility had been devolved, the States still met to pass annual budgets, and the Island’s courts continued to function.