However, Her Majesty’s Treasury issued a mass designation of 206 persons for its Russia sanctions on April 13, including Mikhail Fridman, executive assistant

The sanctioning of this obscure individual, to whom Fridman transferred ownership of three U.K.-registered entities six days after Russia began its invasion of Ukraine, calls out an apparent attempt to move assets out of the coverage of U.K sanctions.

This action demonstrates that HM Treasury is scrutinizing the actions of Fridman and other sanctioned Russian oligarchs and will act to counter their moves to shelter their assets from sanctions.

On March 2, Zairova became the legal owner of

The UK sanctions notice declared that in the absence of evidence that the transfers of ownership of the three entities to Zairova were arms-length transactions, 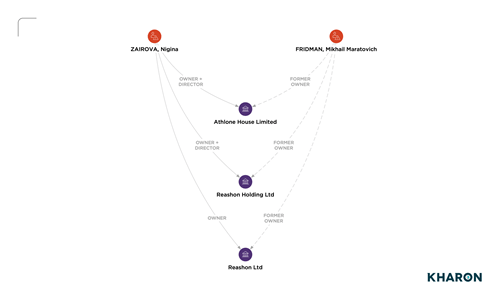