Home News Groupthink and how to avoid it
News

Groupthink and how to avoid it 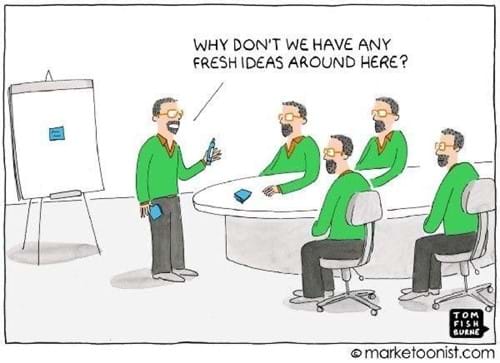 When groups make decisions, they may well take more risks than the individuals themselves would – this is “groupthink”. The term “groupthink” was coined by psychologist Irving Janis in the 70s.  Janis defined groupthink as a phenomenon where people seek unanimous agreement in spite of contrary facts pointing to another conclusion.

Groupthink tends to occur when a group strive to reach consensus despite organisational flaws, combined with a high degree of homogeneity of member’s social background and ideology. Extreme pressure or stress can exacerbate the situation.

What are the symptoms of groupthink?

In summary, there are eight symptoms of groupthink to look out for:

What are the consequences of groupthink?

Recent examples of business groupthink disasters (and potential Black Swans!) would be Enron, Northern Rock, Lehman Bros, RBS and HBOS where a well publicised story circulated about the HBOS Risk Manager who was “censored” for raising concerns regarding the company’s strategy.

However, much of Janis’ research was based on a series of US foreign policy disasters in the 1960S+70s and in particular, the Bay of Pigs fiasco.

The Bay of Pigs fiasco

How do we avoid groupthink

There are a number of relatively simple but effective ways of avoiding groupthink from an organisational perspective i.e.

How does Assumption Based Communication Dynamics  [ABCD] help to avoid groupthink?

When ABCD [https://www.de-risk.com/abcd-risk-management/  ] was originally developed in 1992 it was specifically tailored to avoid the problems that are frequently encountered with traditional risk management techniques. Groupthink was one of the problems considered and is addressed by:

So would the use of ABCD have prevented the Challenger shuttle disaster? Who knows, but the rigorous structure that ABCD imposes would certainly have ensured that all assumptions were evaluated appropriately for risk before the launch was sanctioned.