Home News Failing to act with integrity due to not disclosing or avoid conflicts of interest – are you at risk?
News

Failing to act with integrity due to not disclosing or avoid conflicts of interest – are you at risk?

In 2018, the Financial Conduct authority (FCA) had banned Angela Burns from acting as a non-executive director (NED) and fined her £20,000 for failing to act with integrity at two mutual societies due to not disclosing or avoid conflicts of interest

What is a conflict of interest?

A conflict of interest occurs when your business/personal interests conflict (or have the potential or could be perceived) with your responsibility to act in the best interests of the business you work for. 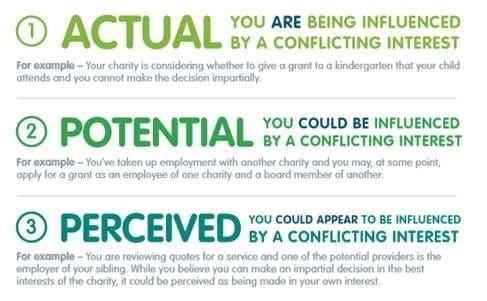 Mark Steward, Executive Director of Enforcement and Market Oversight of the FCA, said:

FCA Statement of Principle 1 requires approved persons to act with integrity in carrying out their controlled functions.

Ms Burns breached Statement of Principle 1 when she:

The publication of this Final Notice follows Ms Burns’ referral of the FCA’s Decision Notice to the Upper Tribunal on 21 December 2012; her subsequent appeal to the Court of Appeal; and the Supreme Court’s denial of her application for permission to appeal on 27 November 2018.