Will sanctioned individuals go and hide behind complex structures incorporated worldwide to continue business as usual?

As Prime Minister Boris Johnson has highlighted, governments need to expose the "Russian dolls" of property and company ownership for sanctions to work.

And PM Boris is right. Those in the know can evade sanctions. 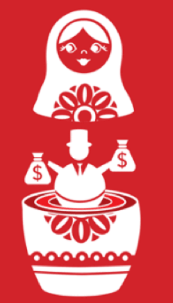 So What all compliance professionals must focus on is the 50% rules in the EU, UK and US for Asset Freezing Measures – Ownership and Control

And to assist, the following offers a summary of what needs to be considered.

The EU has issued guidance in the form of its

Under the new UK sanctions regime, the presumption is no longer rebuttable.

Instead, the UK SIs codify the circumstances in which a legal entity will be deemed to be "owned or controlled directly or indirectly" by a designated person (which are similar but not identical to the criteria in the EU guidance).

Where these criteria are met, even though not listed in its own right, an asset freeze and the prohibition on making funds or economic resources available without a licence will apply automatically, in a manner similar to the so-called 50% rule in the US.

The US Treasury's Office of Foreign Assets Control (OFAC) 50 Percent Rule imposes sanctions on companies with combined ownership by sanctioned parties of 50 per cent or more.

OFAC also recommends "caution" in dealing with companies in which sanctioned entities hold large stakes that are close to 50 per cent. For example, some companies may be 49-per cent-owned by a sanctioned Russian company, technically just below that magic 50-per cent.

State-owned companies of blocked governments may be subject to the 50 Percent Rule, which means organizations have to know what those companies are, even though they themselves don't appear on any lists.