Home News BEWARE - Not all Taliban leaders are subject to sanctions?
News

BEWARE - Not all Taliban leaders are subject to sanctions?

With the Taliban's takeover of Afghanistan, Castellum.AI reviewed who in the Taliban leadership is under sanctions and found that despite being the leader of an insurgency that has killed over two thousand US soldiers, the current leader of the Taliban is not sanctioned by the United States, or anyone else!! Even more strange, Russia has imposed more sanctions against the current Taliban leadership than the United States.

Castellum.AI  review the above and other anomalies, and they found in the above data the following: 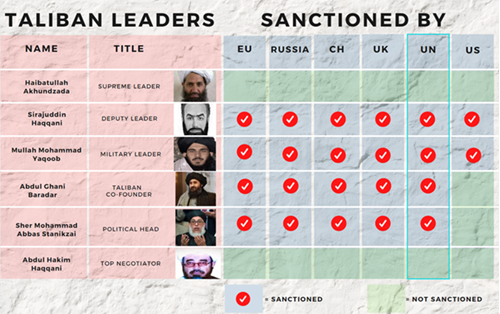